Biggest news is the filming of our segment for Channel 9’s Postcards, which goes to air soon.  We had a wonderful time with the crew and host Glen Moriarty on the day of the shoot, with smiles all around (spot the photo bomber!) 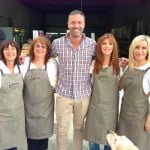 Thank you to our fabulous team, and to Postcards for making it all possible! We’ll let you know air date when we know!

Hooray to Frank’s Field Tomatoes starting last week.  The family were so busy out in the field we could not raise them on the phone to find out when they would start.
So Anita took a trip out to their farm and found them busy packing the tomatoes in the shed.  It’s just such a wonderful thing to have the same family produce such a quality product every year.  We have had Frank’s tomatoes since we opened the shop in 2007.  They are the same year in and year out!  That firm, peppery flavour is what we all look forward to every year!

Strawberries are in low volume at the height of summer, but their flavour is at the peak!  This week I had the pleasure of picking up Eddie’s B Grade 500gm strawbs for only $3.99…..The smell in my car was just too good and I devoured a half kilo….well, they were the most flavoursome, sweet, unbelievable strawberries I have eaten all year.  And that is saying something as Eddie’s Albion strawbs always taste great.  Anita D, in the shop informs me this is the best time of the year for peak strawberry flavour!! 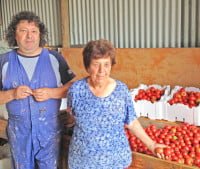 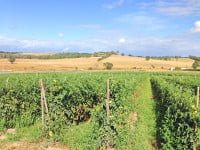